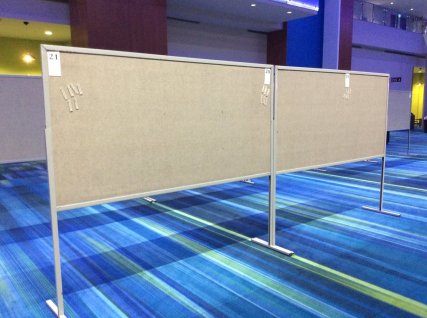 Last week, I spent valuable time jealously guarding the only power outlet in a conference hall of about 3500 people so I could live tweet the presentations without fearing suddenly losing power in my laptop. At least at that meeting I had a chair pilfered from the rows of interlocking seating rather than having to sit on the floor next to the outlet which has often been the case.

Imagine my awe to read that the American College of Chest Physicians annual meeting being held in Toronto this week was actually holding designated seating for live tweeters at its most important sessions. Wait, there’s more: Delegates were able to add an “I tweet” ribbon to their name badge at the conference as well as find designated selfie areas throughout the conference to take and share photographs.

In addition, many of the sessions were live-streamed via Facebook and YouTube, an educational tweet chat was held during the meeting and perhaps most importantly there was a clinical session designated to the use of social media in medical education.

However, the American College of Chest Physicians seems to pushing the boundaries both in terms of the supports for social media use as well as the research being done on the subject.

The  session on social media involved pioneering presentations on the use of Snapchat and Storify in medical education. The session also documented the significant growth in the use of Twitter at major U.S. critical care conferences over the past four years, with the abstract concluding that despite a slowing of growth by Twitter itself “the medical community usage of Twitter has grown significantly.”

As is often the case with social media and medical specialties, one physician – namely Dr. Christopher Carroll (@ChrisCarrollMD) seems to be a driving force in this growth. Dr. Carroll is a pediatric critical care physician at Connecticut Children’s Medical Center, Professor of Pediatrics at the University of Connecticut, and social media editor at the journal CHEST – which was one of the first journals to have such a position, I believe.

Social media tools and platforms are a long way from entering the mainstream of medical practice, but as CHEST 2017 indicates, the same cannot be said when it comes to medical conferences.