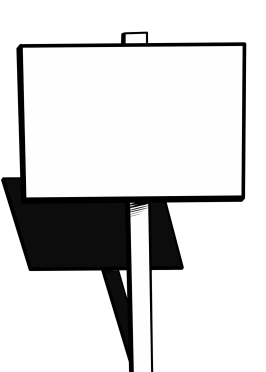 Two weeks ago a newspaper report noted that the Board of Directors of Doctors Nova Scotia (@Doctors_NS) – the association representing physicians in the province – had removed Dr. Monika Dutt as a sitting Board member.

The incident was reported the same week Doctors Nova Scotia appeared before a Senate committee to protest against planned federal government tax changes which will have a significant financial impact on some physicians. Dr. Monika Dutt (@Monika_Dutt) was one of a small group of physician who has spoken in favour of the elements of the tax package and had promoted an open letter to the federal finance minister generally supporting the government’s proposals. The inference made by many was (despite the absence of any factual information) that Dr. Dutt was removed for taking a stance at odds with the majority viewpoint of the medical association.

The announcement about Dr. Dutt prompted a lengthy thread on Twitter about physicians holding minority views – especially women physicians and medical students and residents – being bullied or intimidated by their colleagues.

Meanwhile last weekend in Ontario, a small but vocal group of opponents to the current leadership of the Ontario Medical Association published a series of tweets highly critical of the association for developing a new code of conduct stating physicians could be disciplined or reported to the provincial licensing college for making remarks deemed to be “hurtful”, “disrespectful”, or “rude”.

Remember, it was in Ontario last year that it was widely reported that the minority of medical students and physicians who supported a proposed new fee deal with the government had been subject to just the type of bullying and intimidation on social media for their views that the OMA appears to be moving address. Nonetheless, this new code was being portrayed as an attempt to stifle those who opposed the current leadership.

All of this is occurring at a time when the Canadian Medical Association (@CMA_Docs) is in the process of developing a new Charter of Shared Values for physicians and its president-elect Dr. Gigi Osler (@drgigiosler) has been active on Twitter stating the CMA wants “want a culture of respect & collegiality, self-care & support, inquiry & reflection, leadership & mentorship, and diversity.”

For its part, the CMA is also strongly opposed to the federal tax cuts as is the OMA and the doctor’s group that opposes the current leadership. However, the CMA has also sponsored open and thoughtful discussions about the deterioration of intra-professional relations between Canadian physicians and the need to create a place for open discourse by physicians with opposing views.

While very different in their details and hiding a complex web of other interwoven issues, these incidents in Ontario and Nova Scotia show just how strongly current cultural and societal changes are impacting the world of Canadian medicine.

Canadian medical politics is no stranger to highly polarized debates. From abortion through to the discussion on medical aid in dying, physicians have often held deeply differing views on what is right. Throughout the 1980s and 1990s, physicians argued vehemently and very publicly about the value of a single, payer health care system and the need for private funding within the system – often during CMA annual council meetings.

However none of these discussions prompted the degree of ill-will and rancour that has surrounding the current discussion over proposed federal tax changes (and at a more local level – the OMA negotiations last year).

Something or things have changed.

Part of it can be attributed to social media and the capacity of individuals to express their views and reach a number of people on platforms such as Twitter not designed for polite, in-depth discourse. As with many social media discussions across all of society, interaction among doctors about politics often deteriorate into simplistic restatements of extreme views. The widely-read nature of blogs also gives some individual doctors a huge, ongoing audience for their particular perspectives.

Also, rather than ethical or moral issues, recent debates have centred on issues that directly threaten the income or financial security of some physicians. Those who are threatened resent the prominence given to the minority views of those who oppose them and also feel physicians who are not directly impacted by the changes should not have a right to comment. A similar argument was made during discussions about fee changes in Ontario where some students were told not to comment on fee issues that did not yet directly involve them. This is a huge slippery slope for physician advocate organizations who want to be able to speak for the profession as a whole.

At a more fundamental level, the male-dominated hierarchical structure that defined the practice of medicine for many decades is being swept away both by the balance in gender numbers between male and female physicians but also societal changes bringing equity and equality to the forefront.

Just as there is talk in society about safe spaces and the need for minorities of any type to have the right to expression without a sense of being intimidated, so some doctors are calling out others for making them feel unsafe about speaking even when no overt intimidation has taken place.

“If you can’t stand the heat, get out of the kitchen” may be the view of some older (or not so old) medical-politicos but it will not stand up today. And while it is commendable for the CMA to state it wants to create a space for open discourse, unless that space is seen as ‘safe’ from the broadest possible perspective it is not likely to attract those who feel they cannot speak up.

Also, while a code of conduct which makes it clear bullying and intimidation does warrant some form of disciplinary response, the OMA is embedded in such a bitter internal battle with some doctors that any such code will be portrayed as stifling free speech rather than helping enshrine it.

At a time when the medical profession feels under threat from governments and society as a whole and Canadian doctors are suffering from burnout in unprecedented numbers, the need for the profession to sort out these issues is paramount. Physicians need organizations that can advocate for them and which they can trust, even when they may disagree personally with some policies.

And this cannot be done unless the profession in Canada acknowledges and moves with the seismic shifts underway in Canadian society that define how members of that society interact with each other.